In June, the Supreme Court is expected to rule on the legality of same-sex marriage in America.  The following is a letter submitted to LCMS pastors from Synodical President Rev. Dr. Matthew Harrison.

Harrison encourages pastors: “We speak the truth in love to all” on same-sex marriage.

In the face of another radical cultural shift — a denial of God and His creation, a rejection of Christ, the Ten Commandments and God-given natural law (Romans 1) — a great Lutheran responded with truths that are also true for our times:

The lie is the death of man, his temporal and his eternal death. The lie kills nations. The most powerful nations of the world have been laid waste because of their lies. History knows of no more unsettling sight than the judgment rendered upon the people of an advanced culture who have rejected the truth and are swallowed upon in a sea of lies. Where this happens, as in the case of declining pagan antiquity, religion and law, poetry and philosophy, life in marriage and family, in the state and society — in short, one sphere of life after another falls sacrifice to the power and curse of the lie. Where man can no longer bear the truth, he cannot live without the lie. Where man denies that he and others are dying, the terrible dissolution [of his culture] is held up as a glorious ascent, and decline is viewed as an advance, the likes of which has never been experienced. (Hermann Sasse, Union and Confession, 1936)

In just a few weeks, the Supreme Court is expected to rule on the legality of same-sex marriage in America and roll out the implications of that ruling for individual states. I expect the ruling to create an alleged constitutional right to same-sex marriage, contrary to God’s created orders, natural law and the inerrant Scriptures. This will be the earnest beginning of a very long struggle for faithful Christians who will, more and more, be driven from participation in the culture. We shall come to know and understand parts of the Word of God like never before. “But our citizenship is in heaven, and from it we await a Savior, the Lord Jesus Christ” (Phil. 3:20).

Brothers, the battle has already been won. Our Lord, Jesus Christ, has already defeated the foe. Satan surrendered at Golgotha. It is finished.

But what do we do? If the Supreme Court rules that same-sex marriage is legal in every state or must be recognized in every state, what is our response?

We stand fast (2 Thess. 2:15). We live in and by our Savior, who calls us to stay the course, to repent of our sin, to be in the Word of God and in prayer. We redouble our teaching on God’s gift of marriage. And we show love and mercy to those harmed by the dissolution of God’s ordering of marriage and family, intended for protection for all. We take legal action where absolutely necessary. “Public remedy, made through the office of the public official, is not condemned, but is commanded and is God’s work, according to Paul (Romans 13)” (Apology XVI 59).

The plan fits the nature of the Church: she is enduring and eternal. She speaks Christ’s forgiveness and peace to men and women struggling with same-sex attraction and heterosexual attraction alike, in and out of season. She doesn’t do flash-in-the-pan or drive-by ministry. She works in the world for the long haul. She doesn’t change her tune or stop her singing. She keeps telling real people about a real Jesus, from black-robed Supreme Court justices to the protestors on the steps of that building to the young people in college watching the ruling unfold to those of us who never imagined we would see this seismic shift in our lifetime. And she lives to demonstrate the mercy and love of Christ (1 John 3:15ff).

That’s why you, dear brothers in the Office, will need our prayers in the days ahead. And you will have them. Legal marriage may be redefined, and outcomes we never imagined will occur. But these don’t surprise or alarm us. The crumbling culture merely proves that what began in the Garden of Eden is still prevalent today, that we are sinners among sinners, that we are all in need of Christ’s mercy and grace. This world is wending its way toward the end (Matthew 25). The story ends well (Revelation 7). That is what those in the pew and those disenchanted by the people in the pew need to hear, and will always need to hear, the most.

Beyond the theological consequences of this ruling, however, there are also practical implications, and I urge you to consider the following:

(1) The Synod’s legal team is carefully examining the potential ramifications of this case. It will likely be a messy ruling that will require time to unpack. We may discover that there is ultimately no constitutional protection for the Synod, its institutions, you or your congregation. We don’t know, but we will be reporting back to you with our findings.

(2) Your congregation should give serious thought to obtaining counsel from your own attorney. Also consider utilizing the Synod’s document on marriage policies for member congregations, which offers sample provisions limiting the use of church property to marriages that are consistent with LCMS beliefs. The day may come when even this legal protection will not be enough, but it may assist you and your congregational leadership in forestalling issues as long as possible.

(3) Be prepared to discuss what marriage will look like in the future. Will LCMS pastors eventually be forced, as agents of the state, to perform same-sex marriages? If that happens, will we be prepared to let the state perform the legal marriage ceremony, while we as pastors provide a religious ceremony for those marriages that are in keeping with our confession of faith as Lutheran Christians? We must have these discussions as pastors and as a Synod, and we may even need to make decisions at the next Synod convention in the summer of 2016.

(4) Know that I, as Synod president, stand with you. What protections will the Synod or even the Constitution offer you? I don’t know. But here is what I am personally sure of: The Gospel is enduring. It never changes. Jesus Christ is the same yesterday, today and forever. We as pastors are called to repent and to be faithful to Him — and to His Gospel — alone. Will we be fined for not performing same-sex marriages? Potentially. Will we be thrown in jail? Maybe. A recently deceased Catholic bishop (Cardinal George) described what I believe we shall now begin to face: “I expect to die in bed, my successor will die in prison and his successor will die a martyr in the public square. His successor will pick up the shards of a ruined society and slowly help rebuild civilization, as the church has done so often in human history.”

Make no mistake, the battle has been won. The devil has been defeated. The Victor reigns triumphant in mercy, love and truth. The Gospel knows no limits, but proclaims the gracious kingdom of our Lord to all, through Christ’s Word and Sacraments.

The temptation will be to run out into the melee, to abandon the home front or to give up all together. But we are called instead to repent, to be ready, to move confidently into the future, come what may. We speak the truth in love to all. We share Christ’s forgiveness with each person He sets in our path.

And the Lord will work all things for good, even these trying times. He is faithful, brothers. He will do it.

I'd vote for him.

10 Reasons For Going To Church by Theodore Roosevelt

Teddy Roosevelt (the 26th President of the United States of America) offered these ten reasons for going to church in the Ladies’ Home Journal in 1917: 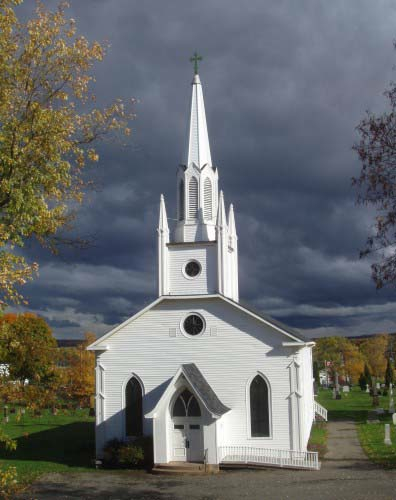 (1) In this actual world a churchless community, a community where men have abandoned and scoffed or ignored their religious needs, is a community on the rapid downgrade.

(2) Church work and church attendance mean the cultivation of the habit of feeling some responsibility for others and the sense of braced moral strength which prevents a relaxation of one’s own moral fiber.

(3) There are enough holidays for most of us which can quite properly be devoted to pure holiday making…Sunday’s differ from other holidays—among other ways—in the fact that there are fifty-two of them every year…On Sunday, go to church.

(4) Yes, I know all the excuses. I know that one can worship the Creator and dedicate oneself to good living in a grove of trees, or by a running brook, or in one’s own house, just as well as in church. But I also know as a matter of cold fact the average man does not thus worship or thus dedicate himself. If he stays away from church he does not spend his time in good works or in lofty meditation. He looks over the colored supplement of the newspaper.

(5) He may not hear a good sermon at church. But unless he is very unfortunate he will hear a sermon by a good man who, with his good wife, is engaged all the week in a long series of wearing and humdrum and important tasks for making hard lives a little easier. 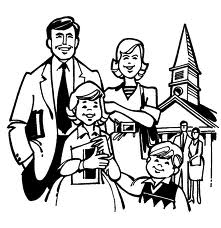 (6) He will listen to and take part in reading some beautiful passages from the Bible. And if he is not familiar with the Bible, he has suffered a loss…

(7) He will probably take part in singing some good hymns.

(8) He will meet and nod to, or speak to, good, quiet neighbors…He will come away feeling a little morecharitably toward all the world, even toward those excessively foolish young men who regard church going as rather a soft performance.

(9) I advocate a man’s joining in church works for the sake of showing his faith by his works.

(10) The man who does not in some way, active or not, connect himself with some active, working church misses many opportunities for helping his neighbors, and therefore, incidentally, for helping himself.

What Jesus Says vs What the World Says 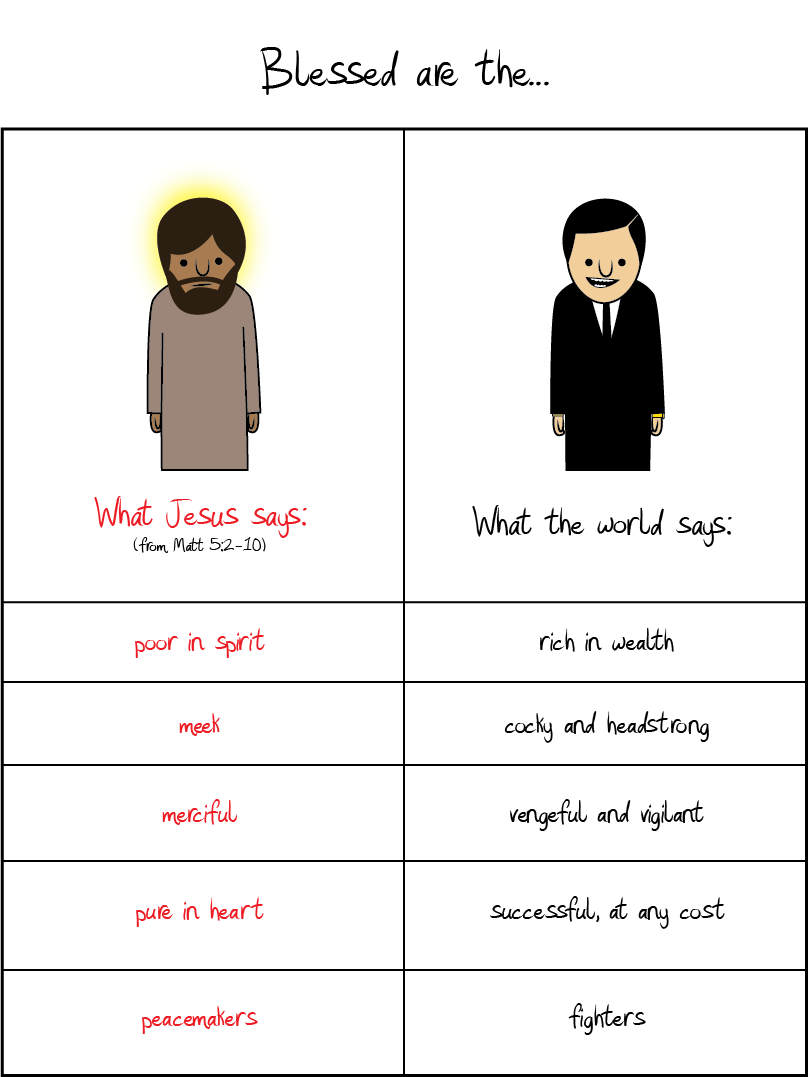 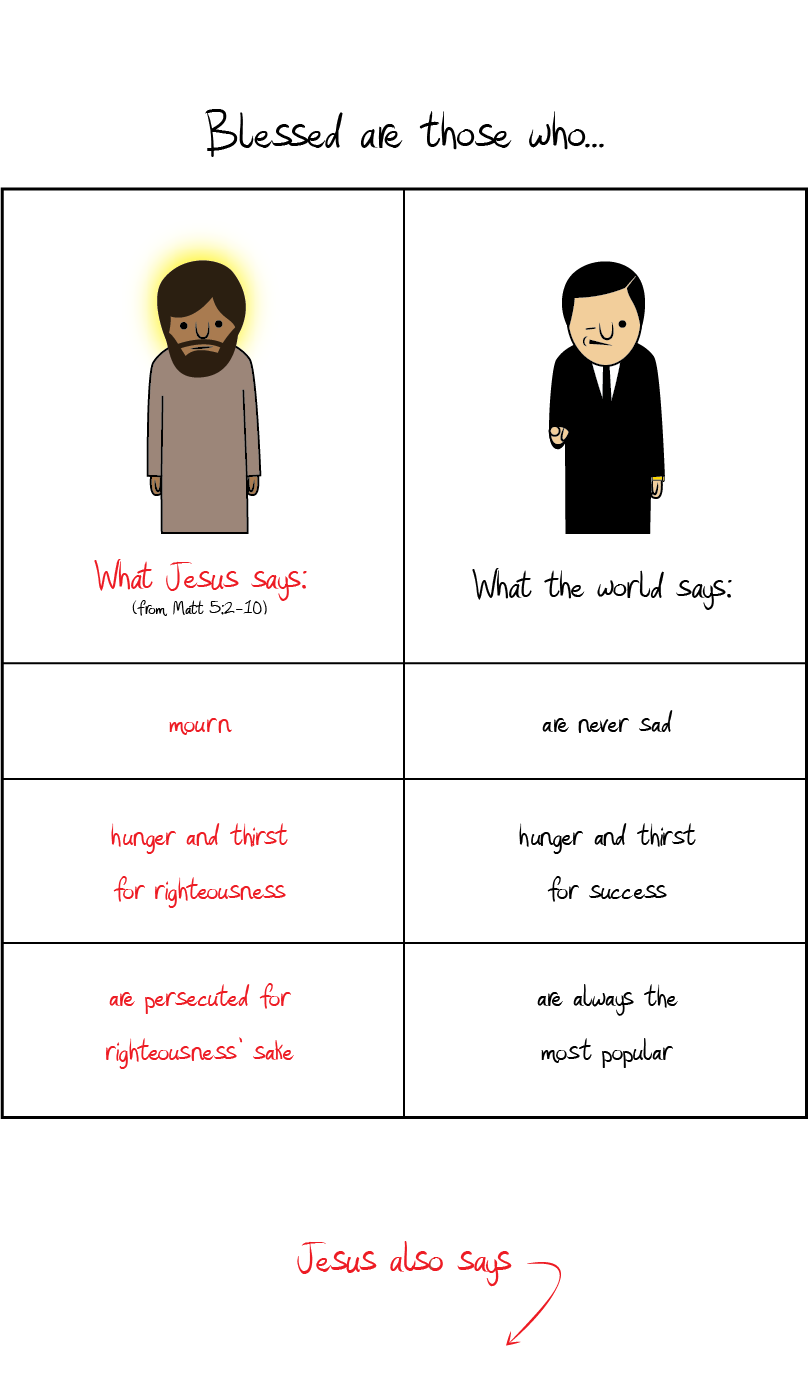 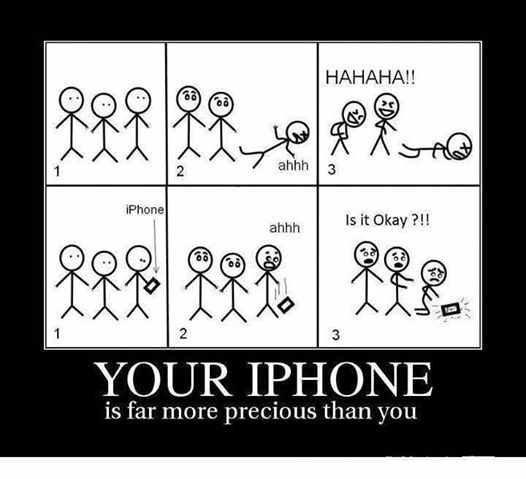 There are new service opportunities under the News section. 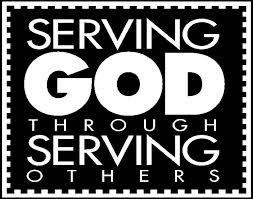 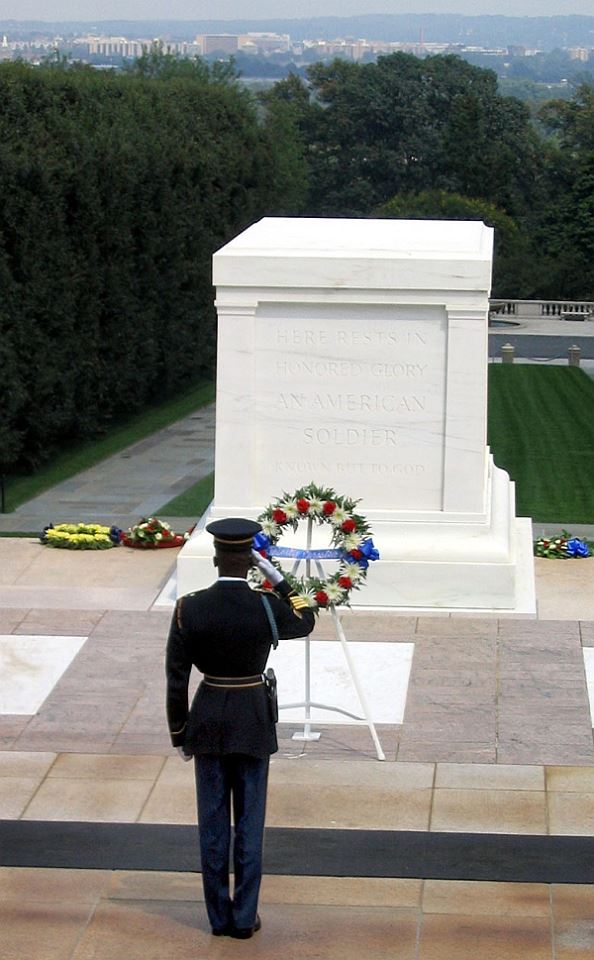 Jesus said, "Greater love has no one than this, that someone lays down his life for his friends (John 15:13 ESV)."

Thank you to the brave men and women who protect our nation, especially those who made the ultimate sacrifice.